Home Blog Java Applications: What You Should Know About Java

Java Applications: What You Should Know About Java 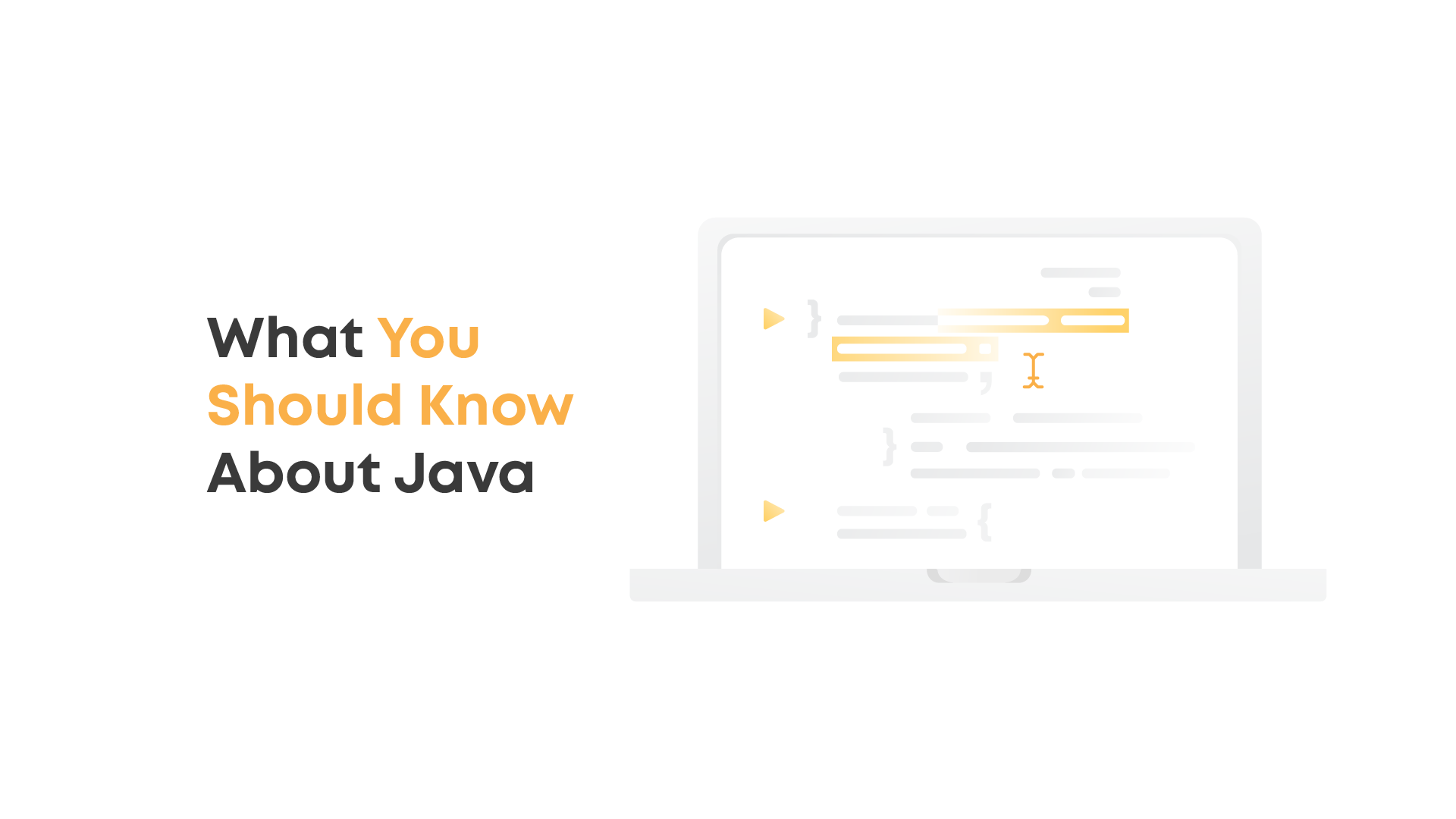 One day you reach a decision to take your business to a new level. So, building a custom app may be one of your business transformation strategy bricks.

Or perhaps you are hunted by an idea to launch a startup, so you start cudgeling your brains over bringing your mental creation to a functional digital product.

Either way, you will probably need assistance on your route. Someone has to build an application for you, after all.

No doubt. When you find an experienced app development partner, you put your trust in the team. They have the right skills and knowledge that will strengthen your business with a digital product tailored to your needs.

But a little bit of understanding of what technology stack to use will not harm. Right?

In this article, we will open the veil of one of the most popular programming languages – Java. We won’t go deep in detail to avoid embarrassing you but will show you why you may want to get your custom app built with Java.

Java: Quick Facts for You to Grasp

Java is a popular programming language in the tech world. Actually, it is on the list of the top 5 most used languages (including front-end languages) among developers in 2021. 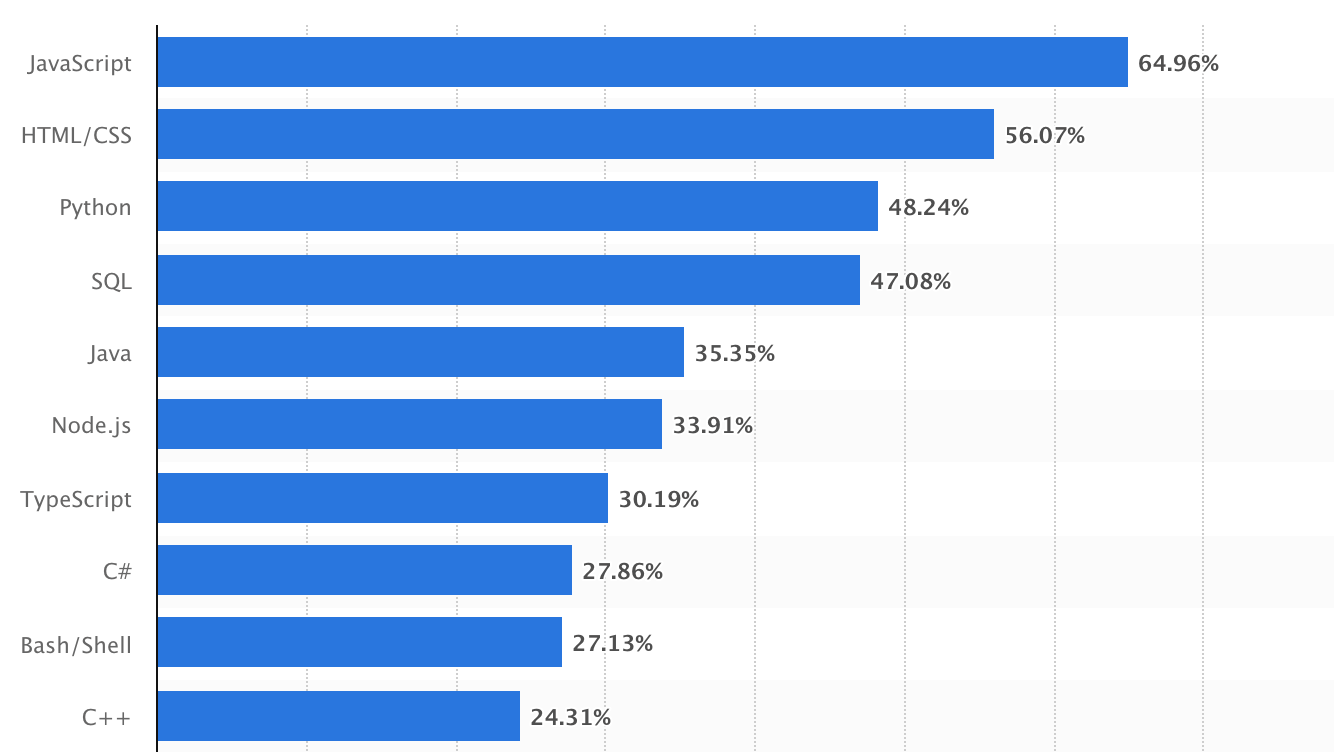 In 1991 James Gosling and a team of researchers (known as a Green Team) took on a mission to advance the world of technology and create a language that would allow connecting electronic devices. Java 1.0 was released in 1995, but its ability to provide interactivity and multimedia inspired the creators to change the focus to a new niche – the world wide web.

Java immediately became a hit among developers. Why? Because it differed from other programming languages.

Other apps used code, which was translated by a compiler (a program that converts a source code into the code machines understand) into instructions for a specific type of computer.

Java was different. It turned the code into Bytecode, which was then compiled by the Java Runtime Environment (JRE), or the Java virtual machine for the host computer. Because of that manipulation, Java apps followed the “write once, run anywhere” principle. It meant that any type of computer could retrieve the same app or web page.

Today, Java is known as a high-level programming language and platform.

Java as a Programming Language

Java as a language has a long list of features that characterize it and explain why it remains the most widely used coding language worldwide.

Java is simple. It is easy to learn as its syntax is clean and easy to understand. It’s free of complicated features and has an automatic garbage collection for removing unreferenced objects.

Java is object-oriented. It means that you build an app combining different types of objects, which significantly simplifies the development process, software maintenance, and troubleshooting.

Java is portable. Whatever platform you use, almost any platform type will execute Java code without additional modifications. As a result, it saves development time and cost immensely.

Java is robust. It has a strong memory management system to ensure safe app execution. It handles run-time errors due to checks during compiling and runtime for a smooth user experience.

Java is high-performance. As an interpreted coding language (it means that the source code should be translated before your computer understands it), Java is pretty fast as Bytecode is very close to the native code.

How to create microservices in Java – a step-by-step guide.

Java is secure. Developers love Java because it is secure and allows building virus-free systems. Because Java apps are run inside a virtual machine sandbox, and there are no explicit pointers, Java provides great security to software.

Java is dynamic. Without going deep into detail, the dynamic nature of Java means that it is capable of adapting to an evolving environment. Java apps can carry an extensive amount of information to make it readily available at run-time.

Java is architecture-neutral. Java apps will work on any architecture, that is on different processors or operating systems.

Java is distributed. With Java, you can split an app into several parts and store them on different computers. At the same time, you can access a program sitting on another machine.

Java as a Platform

A platform is an environment for running an application, which involves the hardware (computer) and software (operating system).

As a platform, Java is different from others because it is a software-only platform. It means that you have to install it on top of other hardware-based platforms like Mac OS or Windows. As it has been implemented for a wide range of operating systems and hardware, Java software runs identically on all of them.

In simple words, the Java platform is a set of programs that enable you to develop and run apps written in the Java coding language.

Apps You Can Build with Java

Java is a versatile programming language, enabling you to create an enormous array of projects:

As you see, Java has become the backbone for numerous applications run on a wide range of devices, including phones and IoT gadgets.

By the way, the apps you use daily (and, let’s be honest, sometimes dozens of times per day) like Spotify, Twitter, Wikipedia, Signal, Minecraft, Google Docs, and more are all built with Java.

Java is indeed one of the most powerful and effective programming languages. It is suitable for just about any programming task.

But, as you know, there are two sides to every coin. So, let’s see in what ways you win or lose when choosing Java language for your app.

As you already know, Java is great, and there are plenty of advantages that might encourage you to stick with this language.

First of all, Java apps are convenient for users. As Java is a platform-independent language, you can run the software in almost any environment (on the condition the Java Runtime Environment is installed). Whether you have Windows, Mac OS, Unix, Linux, or other operating systems, you will have no issues running the same app across these platforms.

Java apps are easy to build and maintain. The Java syntax is straightforward and understandable, making Java apps easy to build, debug, and maintain. Because it’s an object-oriented language, developers can reuse code, which significantly cuts the app development time and cost. As a product owner, you will have a ready product in a short time, and your dev team will easily troubleshoot issues. When it comes to app maintenance, you will be thrilled to know that the app will never get old. At least, you will be able to run it on almost all up-to-date JVMs, even when the code was written 15 years ago. Of course, the design may be outdated, but that’s not the point. The core idea is that Java code is stable. In the long run, these java features allow you to cut the extra cost of app development and maintenance.

Moreover, Java is one of the programming languages that hasn’t shown a decline in popularity, meaning that it has proved to be stable and reliable. Many government, healthcare, insurance, education, defense departments, retailers, manufacturers, utilities, and other organizations have web applications built in Java. Enterprises love Java apps due to their stability, as even old versions of code work great in new environments. The Java language allows you to create any app. Whether your business is in need of a web or mobile app, IoT or enterprise-level software, you can satisfy your need with the Java programming language.

Java is known for its great community. Since developers have already been using this programming language for a long time, they have offered numerous solutions to the most common challenges. So, if your dev team will be struggling to find the best solution to the problem, they would get a quick response from the knowledgeable community.

Java is awesome, but it has some weaknesses you should be aware of to make use of its best things and avoid minor pitfalls.

Java apps are relatively slower compared to C++, but a user notices the speed difference rarely. Java software is slower because it has to load the JVM before doing anything and might run the garbage collector, which will slow down the app as well.

Even though there are many popular frameworks for creating UI for Java apps (like Swing, SWT, JavaFX, JSF), you may find them immature enough to bring complex designs to life. That is why Java software is sometimes not as attractive as you may want it to be.

In some cases, Java apps require significant memory space to run properly. Especially, during garbage collection, which may slow down the program and decrease its efficiency and performance.

Java Is the King of Programming

More than 25 years have passed since Java was introduced to the programming world, and it still remains in the leading positions of coding languages.

Java is used for building apps in a wide range of industries. You can also find different types of software developed with Java. And no wonder! It’s an evergreen language that allows businesses to build apps that help them reach their goals.

If you would like to figure out whether a Java app is the best solution for your business or you want your software to be built using Java, the ORIL full cycle app development company is here to deliver the solution that works for you.

Hello! In this part we will speak about communication between microservices, and will add an API Gateway to our project. If you missed the first part of this topic, you may find it here. When you build an application with microservice architecture, you will definitely have couple services running separately. Of course you will need them […]

Hi everyone! In this article we will create the simple Spring Cloud Project ready to start and work! Day by day, often and often you can hear about microservices architecture. Everybody wants to create services that are independent from each other. And failure of the single service doesn’t lead to the whole application failure. Of course, microservices […]